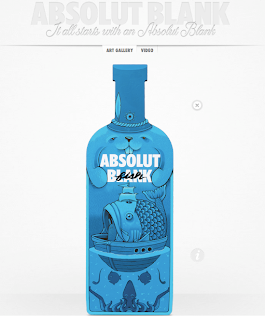 I come across people here and there that inspire me to be a better artist.
One of which is Jeremy Fish.
This guys is pretty amazing. The more stuff I have found about him and his work the more I'm impressed.

He was recently featured in the Absolut Blank ad/art campaign with one of my hometown favorites, Aesthetic Appartatus. The Absolut bottle he created is to say the least detailed and amazing.
All of his work has extreme attention to detail.  Some might say he has a small obsession with skulls but the way he works them into his art are down right cool.
Who would think two fish and a squid would make a skull.
His art speaks.
His installations are compelling.  They aren't just his art that you go and stare at and say, "oh that's neat!"
They tell stories. Ghost of The Barbary Coast is one of my favorites of his installations. The show took place in 2008 in San Francisco.  It's based around the history of the neighborhoods, bars, people, etc.  One of my favorite piece from that show is the Phoenix. If you don't know much about San Fran, it burned down after a huge earthquake in 1906.  That and the bear. In the interview below, he tells more of the story.

Maybe this is one of my favorites cause I lived not too far from that city with the Golden Gate.
Or maybe it's cause what he has to say in the interview is true.
People run to California with the spirit of adventure and big dreams.  Heck, I did!  I still have those big dreams.  They're just being lived out in Minneapolis instead.  I still threaten Thomas all the time that I'm going to move back to Tahoe.  Although the likely hood of that happening soon, not gunna happen.
Maybe one day, a girls gotta dream.

I can't forget to mention the installation he just finished, Listen and Learn.
You can check out an overview of the gallery/show at Joshua Liner Gallery.

And, after taking a quick look at one of his blog posts, I discovered he did the print for a Upper Playground / Chrome bag that I only wish I owned.  (The one with the owls!)


Anyway!
I'm off to chase the Elephant.
Don't get what I mean?  WATCH THE VIDEO!

Something I came across and I don't remember how otherwise I would mention it.
I think its great when someone goes out of their way to show you how much they care.
While engagement proposals are usually of portrayed as these grand gestures, you rarely get to actually see the proposal happen. 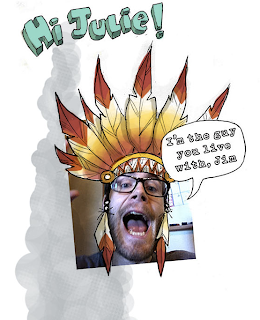 WOW! What a guy!
It takes you through their story and his hopes and dreams for their future in an illustrated form.
I have to say I definitely teared up.
At the end is a vimeo of her seeing the site, its a nail biter of watching her read through, laugh, and smile at the illustrations and story.

Check it out.
It'll warm your heart.

@MPLSMinx has put together something that is quite inspiring.  BDIPC

While you might be watching the TDF (Tour de France) for your reason, some of us ladies have our own.
You can just ask a few of my friends.
Yes, we are watching for the sprints, the climbs, and the carnage that has come with the TDF.
But as Ms. Minx notes, we have alterior motives.
She tells it like it is.  The things we ladies all think about but just giggle and blush when thinking.
I can tell you once thing Ms. Minx makes me laugh with her commentary.

Hats off to you Ms. Minx.  I look forward to my daily dose of BDIPC.
No comments: 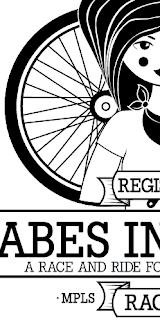 Just a sneak peak of something I'm working on.